On January 4, the Investment Promotion Agency organized a meeting with representatives of Tashkent Zhuo Yuan Glass Development LLC. The purpose of the meeting was to discuss organizational and preparatory work on the project for the construction of a new glass factory in the Syrdarya region.
Recall that in 2019, with the assistance of the UZIPA, a memorandum was signed between Tashkent Zhuo Yuan Glass Development LLC and the Syrdarya regional administration on the creation of a new factory for the production of float glass. The amount of investment under the project is more than 10 million US dollars and will create 300 jobs. 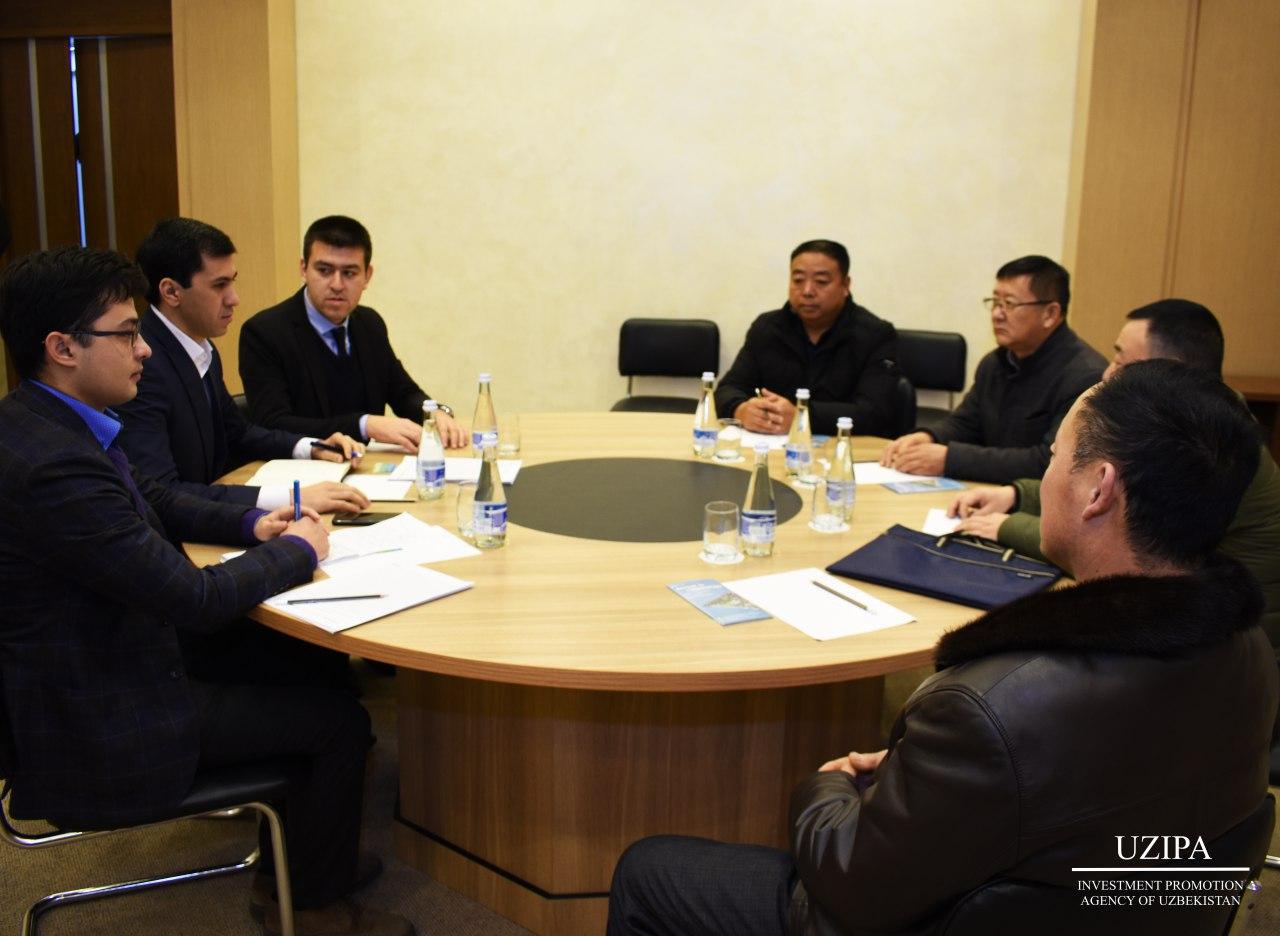 Director of the company Chen Guo Ke during the conversation noted that during the visit to Uzbekistan, the founders of the company plan to get acquainted with the territory where the construction of the future plant is planned, as well as determine further steps for the implementation of this investment project.

To ensure free entry into the territory of the Republic of Uzbekistan, Chen Guo Ke requested assistance in applying for a business entry visa to foreign specialists for a longer stay in the country.

UZIPA specialists informed the guests in detail about the procedure for obtaining a business entry visa, as well as the willingness to assist in the issue of necessary documents. The Chinese side was informed that several months ago a multiple investment visa was issued in the Republic of Uzbekistan, issued for up to 3 years. This visa can be issued by foreign citizens and stateless persons who have invested in the economy of the Republic of Uzbekistan in the amount of at least 8,500 times the estimated base value (equivalent to 200 thousand US dollars) established in the country at the time of making foreign investments in the form of shares and shares of business companies, as well as the creation of enterprises with foreign investment.

At the end of the meeting, the guests noted that in case of successful implementation of the planned project, the founders of the company are ready to expand cooperation also in the production of aerated concrete block and foam concrete block in the Republic of Uzbekistan.