The State Committee of the Republic of Uzbekistan for Roads was established in order to further improve the road management system.

The main objectives and activities are:

The purpose of the ongoing institutional and legal reforms in recent years in the sphere of road transport is to improve the activity of road transport based on fair competition over the right of providing transport services, attracting carriers with different ownership forms to this sector.

Effectiveness of reforms can be assessed by the following indicators of road transport activities:

According to the received data, in 2016 all the country’s automobile transport carried 1 billion 473 million tons of cargo and 7 billion 795 million passengers, and this figure in percentage terms for this period of 2015 amounts to 105.3 and 103.8%.

If to compare the main indicators of road transport for 2007–2016, compared to the figures of 2007, the figures for the end of 2016 have increased by almost 1.7 times, and the passenger turnover has increased by 2.1 times, respectively.

Cargo transportation rates by road is exactly the same.

Compared with the figures of 2007, the figures for the end of 2016 increased by almost 1.97 times, and the cargo turnover increased by 1.98 times, respectively. The volume of road transportation of goods from agro-industrial and construction complexes increased.

Favorable conditions are created in the country for development of market economy, market relations and a healthy competitive environment in the market of road transport services.

Over the past 15 years, the number of functioning passenger transport routes has increased by 2347 and reached 4351. Of these, 997 are urban, 2743 are suburban and 611 are intercity routes.

In 2016, 77 business entities on a leasing basis and through bank loans purchased 41 Isuzu buses in Andijan region, 84 in Tashkent region, 80 in the city of Tashkent, 10 in Samarkand, 4 in Navoi region, 138 in Namangan region, 53 in Bukhara region, 28 in Khorezm, 14 in the Republic of Karakalpakstan, 21 in Jizzakh region, 11 in Syrdarya region, 71 in Fergana region and 28 in Surkhandarya, 3 in Kashkadarya region, 585 Isuzu buses were purchased in total, manufactured by LLC Sam Auto. 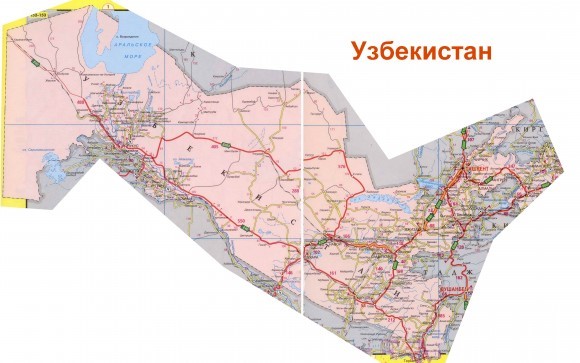 The following can become examples of jointly implemented projects with participation of IFIs: