An annual meeting of the Board of Governors of the European Bank for Reconstruction and Development (EBRD) was held on 7-8 October 2020 in the format of a video conference. The event was attended by Managers and Deputy Managers from 71 shareholders of the Bank, including 69 countries, the European Union and the European Investment Bank, as well as the Bank’s management and international experts.

This year, at the opening ceremony of the meeting, welcoming remarks were made by Prince Charles of Wales, Chancellor of the British Treasury R. Sunak, Chairman of the EBRD Board of Governors N. Calvigno and Acting President of the EBRD J. Rigterink.

The key issue on the agenda of the Annual Meeting was the election of the President of the EBRD. According to the results of the voting, Odile Renaud-Basso, Director General of the Treasury of the Ministry of Economy, Finance and Reconstruction of France, was elected the new President of the EBRD for the period 2021-2024. 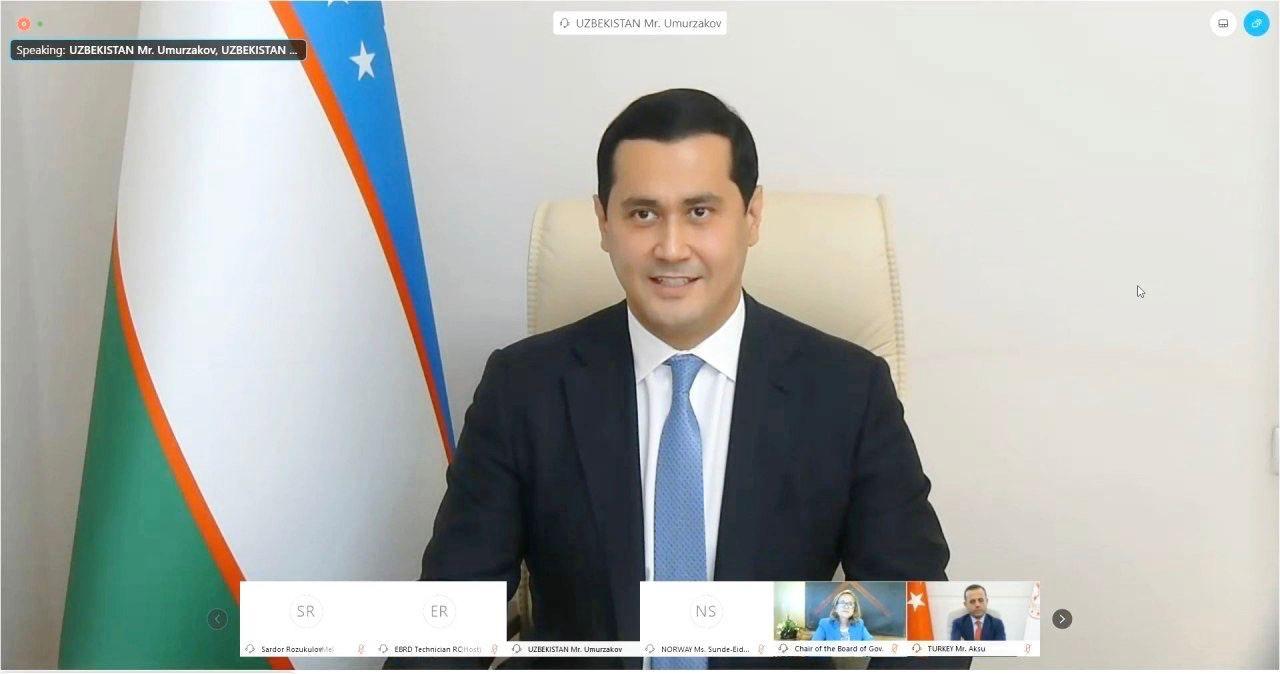 Also for the first time in the history of the EBRD, the Governor from Uzbekistan – Deputy Prime Minister – Minister of Investments and Foreign Trade of the Republic of Uzbekistan Sardor Umurzakov was elected Deputy Chairman of the Board of Governors, the highest governing body of the Bank. 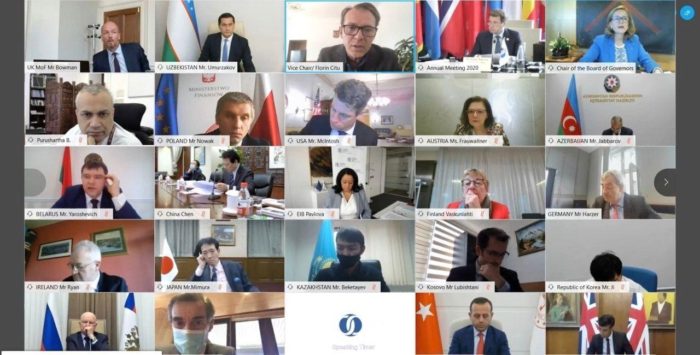 During the meeting, a round table was organized, during which current trends in the global and regional economy, the impact of COVID-19 on the economies of the EBRD member countries, the Bank’s activities to support member countries in overcoming the challenges posed by the pandemic, and the Strategy on capital investment and EBRD activities for 2021-2025.

Following the meeting, a number of decisions were also adopted that determine the future prospects for the Bank’s activities, including a resolution on the adoption of the application of the Republic of Iraq to join the ranks of the EBRD shareholders.

The European Bank for Reconstruction and Development was established on 28 March 1991. The headquarters are located in London. Uzbekistan has been a member of the EBRD since April 30, 1992. Currently, together with the Bank, a number of projects are being worked out in the areas of housing and communal services, energy, road facilities, irrigation and the environment for a total amount of more than US$1.0 billion.