Uzbekistan and Pakistan outlined a vector for convergence of business communities

Ways of rapprochement and establishment of direct interaction between the business circles of Uzbekistan and Pakistan discussed during the first meeting of the Uzbek- Pakistani Business Council, which took place in Tashkent on the eve of the visit of the Prime Minister of the Islamic Republic of Pakistan to the Republic of Uzbekistan.

The event was attended by Deputy Prime Minister – Minister of Investments and Foreign Trade of the Republic of Uzbekistan S. Umurzakov, Adviser to the Prime Minister of the Islamic Republic of Pakistan Abdul Razzak Davud, heads of chambers of commerce, specialized departments, and industry associations of the two countries, representatives of large companies and enterprises as well as the media. 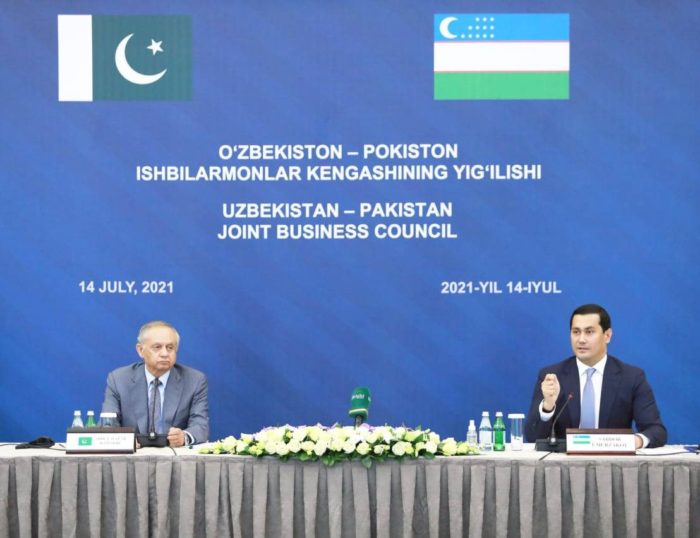 The Business Council intended to become a platform for building a constructive dialogue between entrepreneurs and manufacturers of the two countries, aimed at identifying priority areas of cooperation, meaning the implementation of joint projects and the conclusion of mutually beneficial trade contracts.

Speaking during the event, the heads of the delegations of the two countries noted positive trends in the development of multifaceted cooperation between Uzbekistan and Pakistan and, in particular, the high dynamics of investment and trade partnership. The significant untapped potential noted in the field of industrial cooperation in such industries as agricultural engineering, textile, leather, and footwear, pharmaceutical industries, as well as the production of building materials. The potential of each of these industries revealed in detail during the speeches of the heads of the relevant departments and business associations. In addition, specific project proposals in the above areas presented and considered.

In conclusion, the sides called upon the entrepreneurs of the two countries to actively cooperate to reach specific agreements and projects.