On October 27, with the support of the Embassy of the Republic of Uzbekistan in Singapore, the khokim of the Tashkent region Rustam Kholmatov and the chairman of the Singapore company “Universal Success Enterprises Limited” Prasoon Mukherjee signed the General Agreement online on cooperation in the implementation of the construction project “Nurafshon City”.

in the Tashkent region.The document provides for the development by a Singapore company, with the consulting support of the Uzbek side, of the technical and economic basis for the project in the second quarter of 2021, its subsequent approval and the start of construction of the modern city of Nurafshon. The total area of   the project is estimated at approximately 2 thousand 833 hectares, which will be developed in three stages. 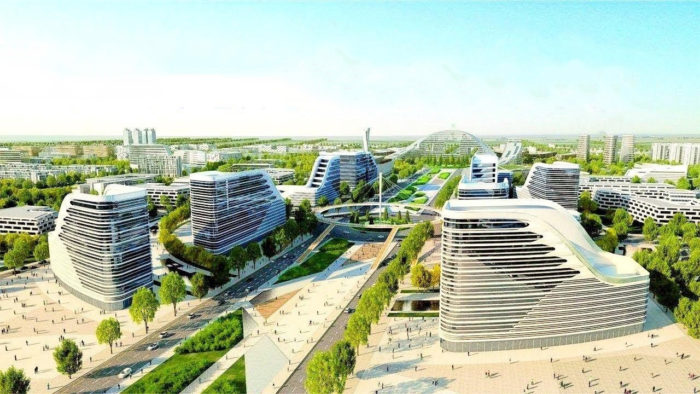 The implementation of the project is envisaged on the basis of direct foreign investments or credit lines of foreign financial institutions attracted by Universal Success Enterprises Limited or a consortium of foreign companies formed by Universal Success Enterprises Limited, under its investment obligations for the implementation of this project.

The total investment will be determined based on the results of the preparation of the feasibility study for the project. It should be noted that it was planned to determine the administrative center of the Tashkent region as one of the experimental sites for the implementation of the concept of introducing Smart City technologies, where the effectiveness of urban management is carried out through the formation of a single digital environment.