“Invest in Karakalpakstan” forum: agreements signed in the amount of more than $300 million MainNews and events

ГлавнаяMedia centerNews and events“Invest in Karakalpakstan” forum: agreements signed in the amount of more than $300 million MainNews and events

On November 15, a meeting of the “Invest in Karakalpakstan” International Investment Forum was held in Nukus with the participation of Deputy Prime Minister Elyor Ganiev, Chairman of the Zhokarga Kenes of the Republic of Karakalpakstan Musa Yerniyazov, Deputy Minister of the Ministry of Investments and Foreign Trade Badriddin Abidov and Chairman of the Chamber of Commerce and Industry Adham Ikramov.

More than 70 representatives of foreign companies, international organizations and diplomatic missions in Uzbekistan arrived in Nukus to get acquainted with the economic and investment potential of the region and the opportunities created today for the development of various industries, including high technology. A striking example of this is the Samsung Nukus factory, which was reconstructed in conjunction with Artel and the South Korean company Samsung Electronics. Today, the company annually produces up to 100 thousand modern televisions and about 400 thousand vacuum cleaners, supplying products throughout the republic. 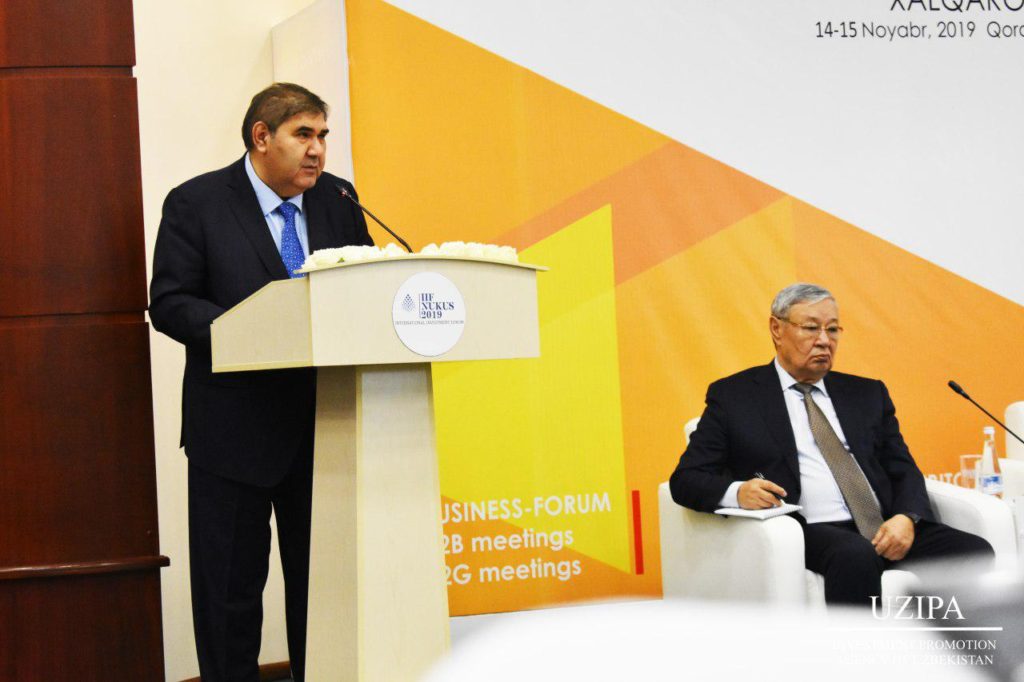 Opening the event, Musa Yerniyazov dwelt in more detail on the key changes taking place in Karakalpakstan in recent years, including the initiative at the international level to declare Aral Sea region a zone of environmental innovation and technology. For the development of foreign economic activity of the republic, close cooperation has been established with the diplomatic missions of Uzbekistan abroad, with the embassies of foreign countries, as well as with international organizations. So, within the framework of the Regional Investment Program for 2019 for the Republic of Karakalpakstan, from the beginning of the year, foreign investments in the total amount of $150 million were attracted. The bulk of foreign investment falls on countries such as China, South Korea, Turkey, the UK, Germany and Russia. As of October 1, 139 enterprises with foreign capital participate in the territory of the Republic of Karakalpakstan, of which 25 enterprises have been registered since the beginning of the year.

Elyor Ganiev noted the unique resource potential of the Republic of Karakalpakstan, citing as an example the successful implementation of such projects as the Ustyurt Gas Chemical Complex, the Kungrad Soda Plant for the production of soda ash, the Khojeyli Glass Factory and others, which plays an important role in the economic development of the region. A large number of minerals are concentrated on the territory of the republic, including mining, chemical raw materials, huge reserves of iron ore at the Tebinbulak deposit and such a rare-earth element as vermiculite. 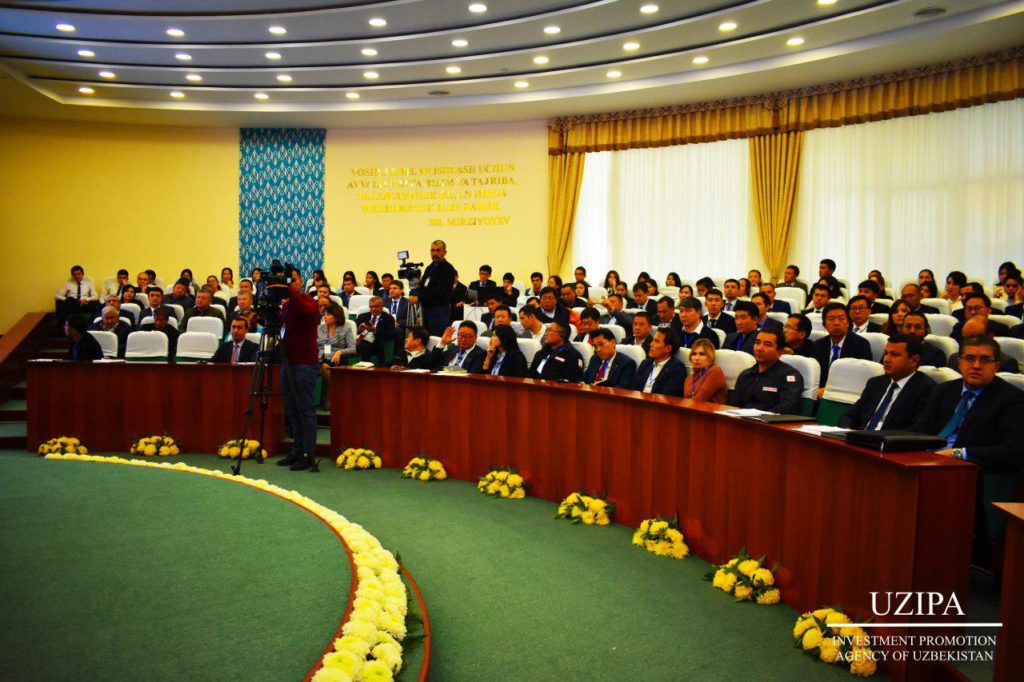 It is worth noting that according to the Deputy Prime Minister, the investment potential of the Republic of Karakalpakstan is unlimited. However, there are a number of topical areas, such as the production of building materials, the development of the pharmaceutical industry and healthcare, agriculture, including the creation of livestock complexes in vast territories of the republic.

An important role in these processes can be played by the Nukus Free Economic Zone, created last year, where today 12 projects totaling more than 60 million US dollars are already being implemented on its territory. 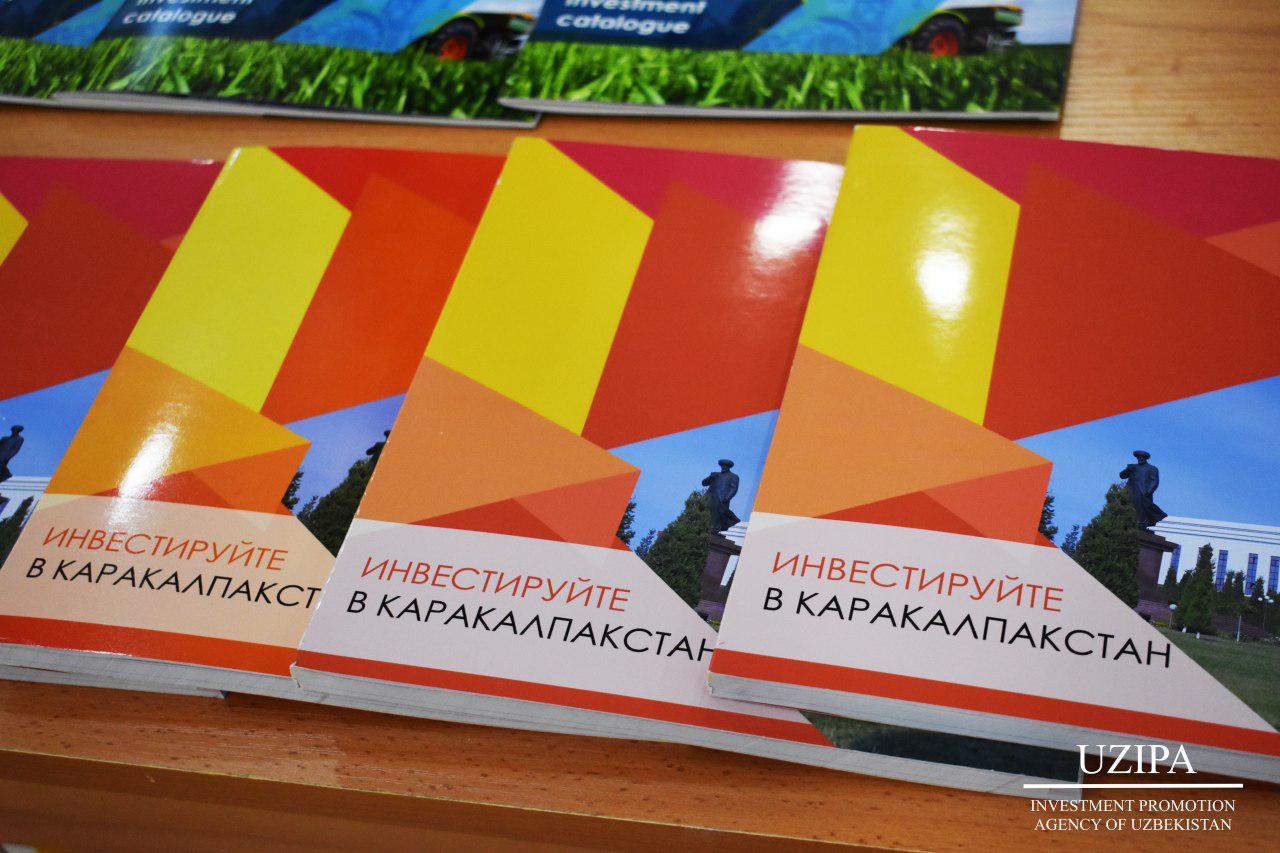 Further, the chairman of the Chamber of Commerce and Industry of the Republic of Uzbekistan Adham Ikramov made a presentation, focusing more on the tourism and ecotourism potential of the region. It was noted that the increase in tourist flow to Uzbekistan compared with 2018 increased almost 2.2 times and amounted to more than 4 million tourists. Undoubtedly, the original Karakalpakstan is of great interest to foreign guests, where the treasury of the Turkestan and Russian avant-garde – the Savitsky Museum – stands out in contrast. 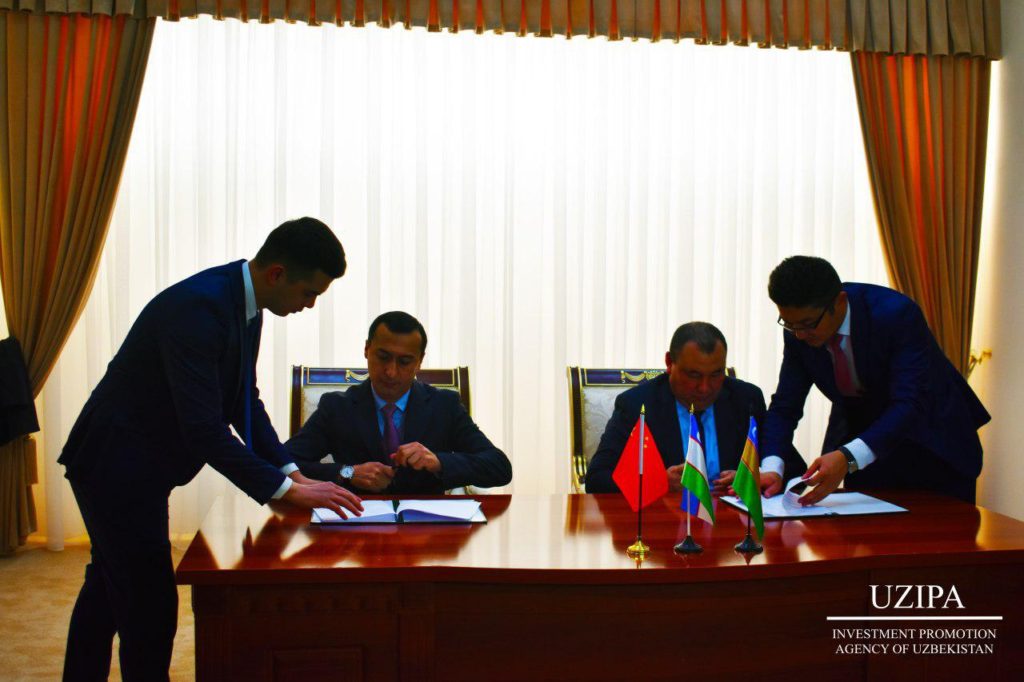 As a result of the negotiations, 18 trade and economic agreements were signed for a total amount of more than 300 million dollars.