On 19 April 2021, in the format of a video conference, negotiations were held between the Deputy Prime Minister – Minister of Investments and Foreign Trade of the Republic of Uzbekistan Sardor Umurzakov with the Chairman of the Board of ACWA Power (Kingdom of Saudi Arabia), co-chairman of the Uzbek Saudi Joint Business Council Muhammad Abunayan.

During the talks, the sides discussed the implementation of current joint projects, as well as prospects for further expansion of investment cooperation in the field of alternative energy. 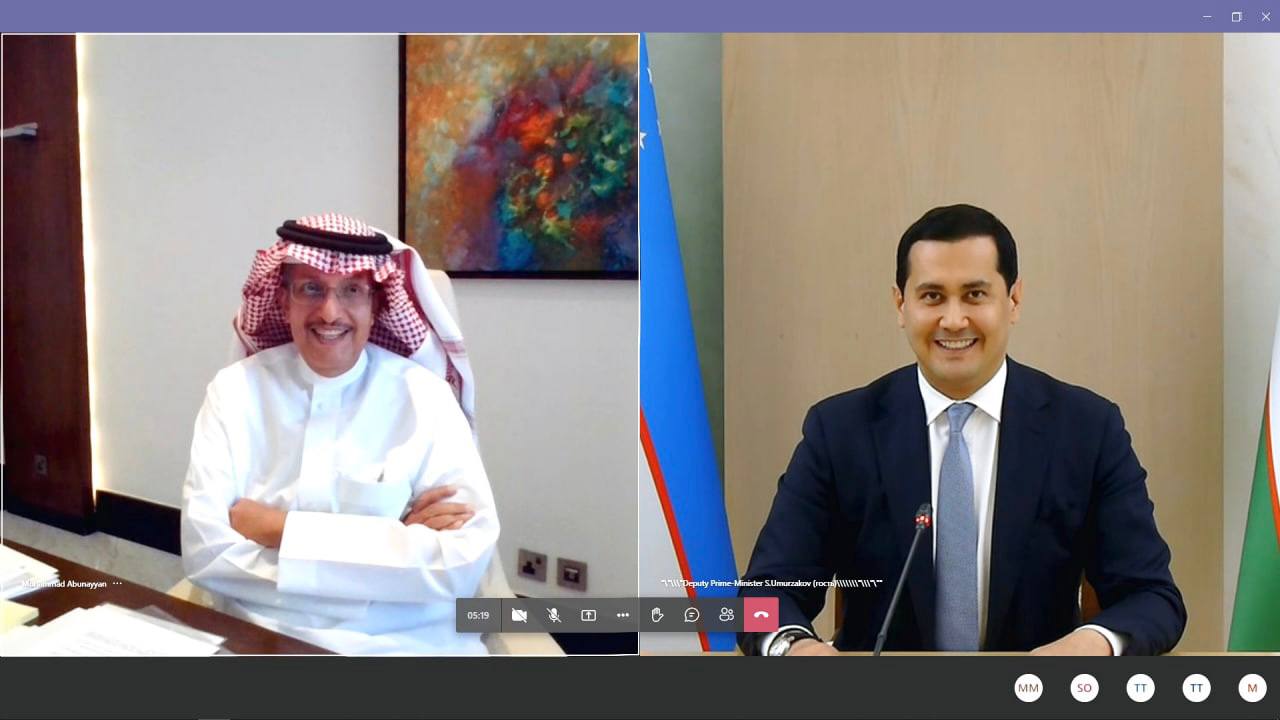 It was announced that the company intends to expand its presence in Uzbekistan through the implementation of new large-scale investment projects. In particular, the parties exchanged views on the prospects for the construction of new wind power plants in the Republic of Karakalpakstan with a total capacity of up to 1.5 GW.

These projects are part of the program of the Government of Uzbekistan to diversify the country’s energy balance, aimed at bringing the volume of electricity generated by wind farms of the Republic to 3 GW by 2030. It is expected that the implementation of these projects will also reduce carbon emissions by 1.6 million tons per year, thereby contributing to the achievement of the goals set by the Government of Uzbekistan to transfer 25% of the country’s energy capacity to renewable energy sources by 2030.

The activities of the Uzbek-Saudi Business Council were also discussed. In particular, they discussed the implementation of joint projects in the fields of healthcare, oil and gas sector, food industry, agriculture, digitalization and tourism. In the context of the dialogue, the possibilities of holding in the near future the fourth meeting of the Intergovernmental Commission between the Republic of Uzbekistan and the Kingdom of Saudi Arabia on trade, economy, science and technology, culture, sports and youth, as well as the second meeting of the Uzbek-Saudi Business Council were considered.

As a result of the negotiations, an agreement was reached to intensify bilateral interaction in order to accelerate the advancement of ongoing and ongoing projects and initiatives.

ACWA Power specializes in the construction, design, financing and operation of power plants and industrial desalination facilities. The company employs about 3,500 people. The international presence of the Saudi company covers more than 12 countries in the Middle East, Africa, Central and Southeast Asia. The ACWA Power portfolio includes over 38.7 GW of generating capacity.