On September 19 this year, Deputy Prime Minister – Minister of Investments and Foreign Trade of the Republic of Uzbekistan Jamshid Khodjaev met via videoconference with ADB Vice President for Administration and Corporate Governance Bruce Gosper.

During the conversation, the current state and prospects for expanding bilateral cooperation between Uzbekistan and ADB were discussed.

At the meeting, the leadership of the ADB emphasized the wide opportunities for expanding the attraction of private and foreign investment in various sectors of the economy of Uzbekistan. It was announced that the current portfolio consists of 24 projects in the field of infrastructure construction, energy, housing and communal services, healthcare, and agriculture in the amount of $3.7 billion. As part of the business plan for ADB country operations for 2022-2024, an agreement was reached on the joint implementation of 27 projects worth $2.8 billion. This year, an agreement was signed on 1 investment project worth $274 million and negotiations were completed on 2 projects aimed at developing the mortgage market sector and supporting the budget for a total of $650 million.

Following the meeting, the parties expressed mutual commitment to the consistent continuation of cooperation within the framework of existing and new areas of interaction. 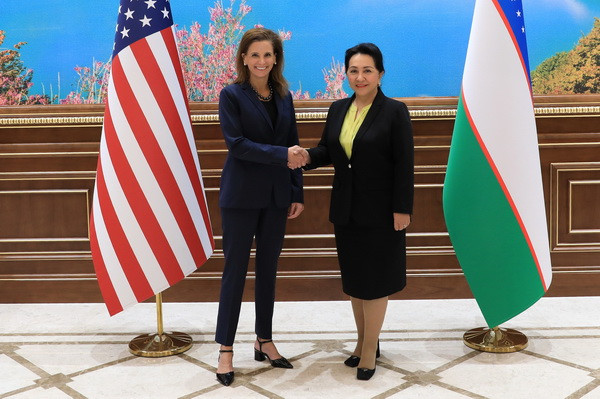