Open Andijan Results: Agreements Signed in the amount of $ 250 Million

ГлавнаяMedia centerNews and eventsOpen Andijan Results: Agreements Signed in the amount of $ 250 Million

The First International Investment Forum «Open Andijan 2019» was held in Andijan on October 19–20, 2019, during which agreements were signed in the amount of $ 250 million in the pharmaceutical, textile, automotive and agricultural areas.

Over 400 delegates from 30 countries attended the forum. They got acquainted with the products made in Uzbekistan and also learned about the investment climate and the potential of our country. 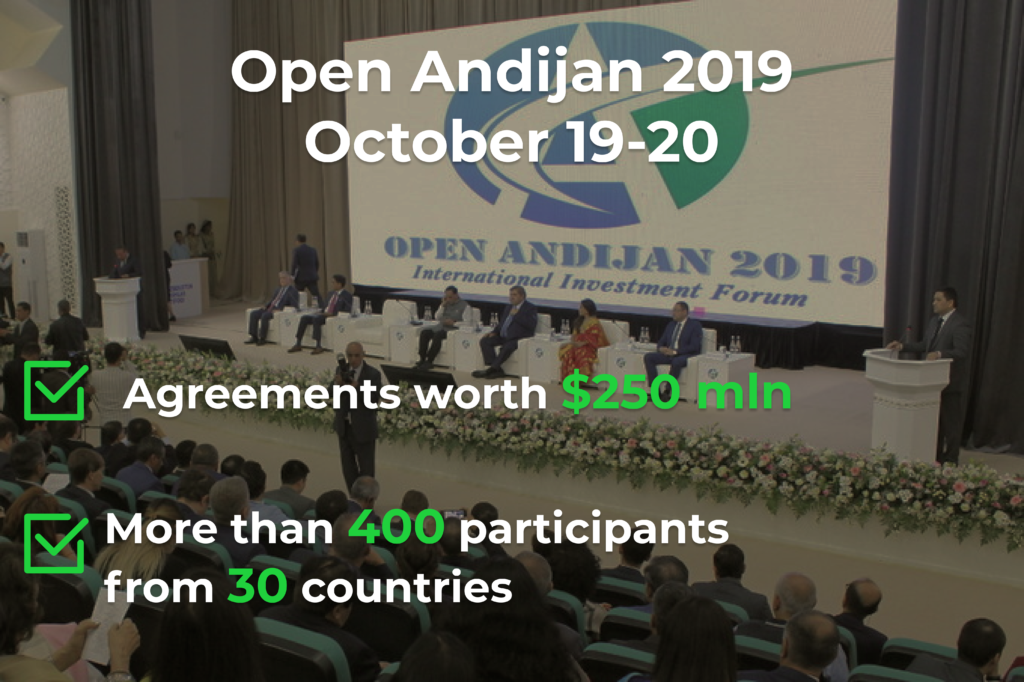 The forum was greeted by the Deputy Prime Minister of the Republic of Uzbekistan for Investment and Foreign Economic Relations, Elyor Ganiev. He noted that it’s expected to attract foreign investment in the amount of at least $ 7 billion this year.

According to the Andijan region administration, 95 new projects, which worth $ 412 million, are being implemented in the region with the participation of foreign investors in 2019.

The largest delegation came from India. 80 businessmen and cultural figures from the Indian state of Gujarat are determined to establish business connections with Uzbekistan. Based on the results of the forum, an agreement was concluded between the regional administration and the Indian company Cadila Pharmaceuticals. The $ 50 million project provides for the production of nearly 200 generic medicines by 2024.