Innovation on the road: what can Chinese companies offer?

ГлавнаяMedia centerNews and eventsInnovation on the road: what can Chinese companies offer?

On January 8ер, the IPA organized negotiations with the Deputy General Director of the Chinese company Tulufan Xindian Ganta Li Qizhi. The head of the department to facilitate the opening of a business and support investors in cooperation with government bodies B. Bakhodirov spoke on behalf of the Agency.

Today, Tulufan Xindian Ganta is the third largest producer of building cement in China, but also deals with infrastructure issues related to the reconstruction and equipping of roads.

In the conversation, Li Qizhi emphasized that the existing road lighting on the regional routes of Uzbekistan needs to be improved and implemented with modern technologies. In turn, the company is interested in implementing a project to establish a production line for the production of lighting equipment for highways in Uzbekistan. For these purposes, the company is ready to allocate about 7 million US dollars. 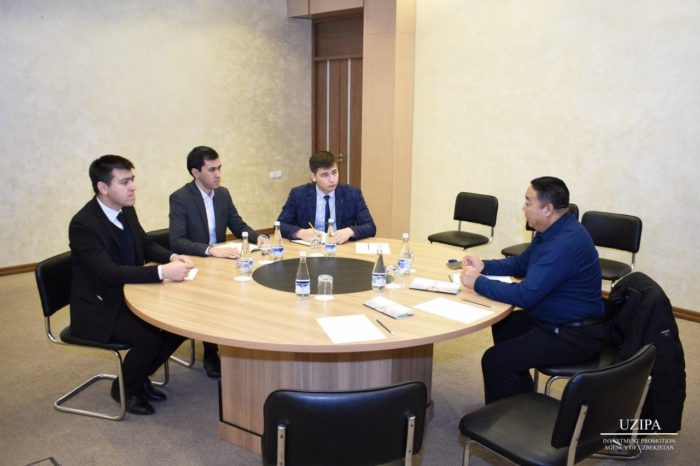 In order to further elaborate on the issue, the IPA requested detailed information on the details of the planned investment project for the production of lighting devices for highways. According to the results of the negotiations, the Khorezm region was determined as the provisional territory for the implementation of the production line, taking into account the existing Khazarasp free economic zone (FEZ). Currently, the production site of the FEZ is scheduled to release a wide range of goods, including building materials.

At the end of the meeting, Deputy General Manager Li Qizhi noted that the leadership of the Chinese company Tulufan Xindian Ganta plans to visit the Republic of Uzbekistan in March to study in detail the possibilities for implementing the project. With a positive assessment by the leadership, the foreign side is ready to sign a memorandum of understanding and cooperation between the Tulufan Xindian Ganta company and the Khokimiyat of the Khorezm region.