Most entrepreneurs stated that there were no obstacles in the development of their activities. However, among the worrisome problems were identified access to finance, land allocation, lower taxes and interest rates on loans, high prices and scarcity of raw materials, and low demand for goods/services.

Center for Economic Research and Reforms (CERR) in August this year interviewed over 1000 enterprises throughout the republic in order to find out how they assess the prospects for their business development. 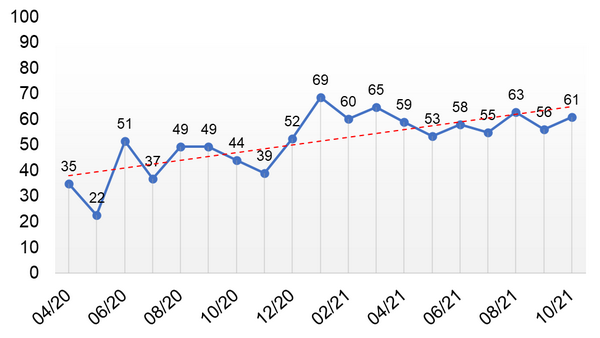 The monthly survey is conducted in two areas: a qualitative assessment of the current state of the business and the expectations of entrepreneurs regarding the prospects for the development of their business for the next three months.

In the sectoral context, the business climate indicator in the service sector increased by 4 points compared to September and amounted to 61 points, in construction there was an increase by 7 points (65 points), the highest growth was observed in the industry and amounted to 9 points compared to last month (55 points in October). At the same time, in the field of agriculture, the business climate indicator showed a slight decrease by 2 points and amounted to 65 points in October of this year. 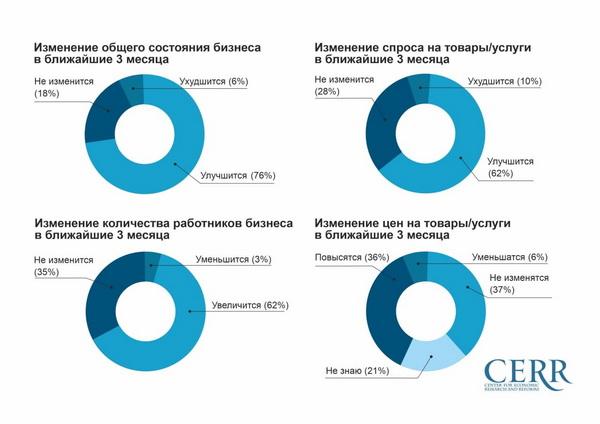 An increase in the business climate indicator is associated with changes in the following components of the indicator: 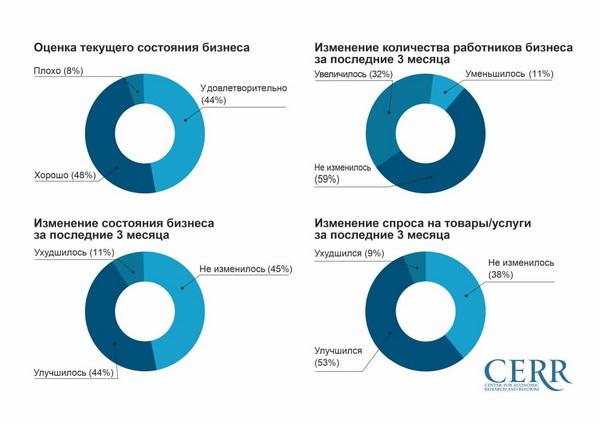 The indicator of expectations of business development prospects in October increased by one point compared to September and amounted to 71 points, which reflects the expectations of entrepreneurs about the prospects for the development of their business for the next 3 months as optimistic. It should be noted that compared to the same period last year, this indicator has grown by 17 points.

At the same time, 21% of respondents do not know how the prices for their goods/services will change in the near future (September – 41%).

In general, the relationship between the values ​​of the current situation and expectations means that, according to the assessments of business entities, a positive trend in economic development will continue in the next 3 months.

Over 30% of the interviewed entrepreneurs stated that there were no obstacles in the development of their entrepreneurial activity.

Among the concerns of concern is access to finance and land, high tax rates, the impact of the pandemic, high prices and scarcity of raw materials, and low demand for goods/services.