The held forum “Regions of Central Asia” provided an opportunity for participants to demonstrate economic potential and opportunities, as well as promising areas of mutually beneficial cooperation between the countries of Central Asia and Austria.

The main goal of this event is to develop investment and trade and economic cooperation, simplify procedures and promote the expansion of trade. 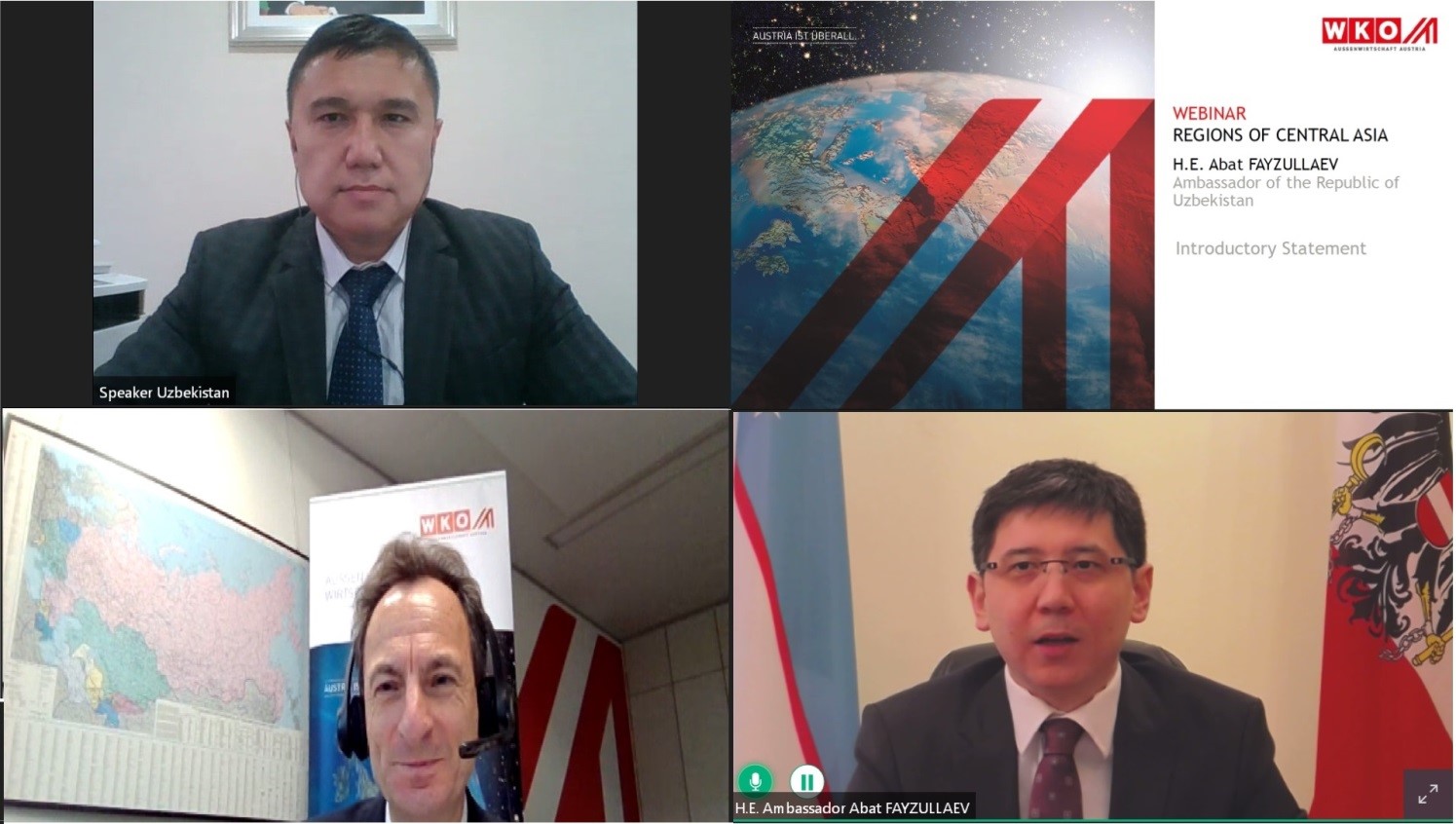 On the part of the Austrian Federal Economic Chamber, the event was chaired by FEPA Vice-President Richard Schenz. The forum was also attended by the Austrian Trade Representative for Central Asia Klements Mahal, Director of the Department of South-Eastern Europe and Central Asia FEPA Gregor Postl and heads of more than 100 Austrian companies.

Delegations from Central Asian countries were represented at the level of heads of diplomatic missions, as well as representatives from relevant ministries and departments. The Republic of Uzbekistan was represented by the Ambassador of Uzbekistan to Austria Abat Fayzullaev and Deputy Director of the Agency for Attracting Foreign Investments under the Ministry of Investment and Foreign Trade.

Within the framework of the forum, the trade, economic and investment potential of the republic was presented, the practical measures taken within the framework of creating a solid legal base, a favorable and competitive environment for foreign investors were presented, as well as the economic opportunities of Khorezm, Namangan and Surkhandarya regions were separately demonstrated.

The assessment of the World Bank (WB) in the framework of the Doing Business rating was especially noted, according to which, in 2020, Uzbekistan rose by 7 points and took 69th place among 190 countries. The participants of the event especially noted the forecast of the World Bank on GDP growth in Uzbekistan by 0.8% this year, despite the difficult international economic situation associated with the spread of coronavirus infection. This, according to the business structures of Austria, is a worthy achievement in the current conditions.

Within the framework of the presentation, information was provided on the existing industrial and free economic zones (FEZ), legal norms establishing special conditions and preferences for the implementation of investment and business activities, as well as on tax and customs privileges provided to foreign investors. After the completion of the presentation, a discussion took place, during which detailed answers to questions of interest were provided.

As a result of the forum, the heads of delegations highly appreciated the intensification of the activities of Austrian business circles in Central Asia, and also expressed their readiness to provide all kinds of assistance in the framework of expanding cooperation and creating new investment projects that contribute to the economic development of one of the largest regions.

The forum participants agreed that each of the Central Asian countries has its own economic advantages, represents a broad and promising investment market with almost 80 million people. The developed transport and logistics infrastructure between the countries was noted, which, among other things, is one of the factors for the successful implementation of investment projects, including with the participation of foreign investors and companies from EU countries.