Uzbekistan and Azerbaijan step up in agricultural cooperation

ГлавнаяMedia centerNews and eventsUzbekistan and Azerbaijan step up in agricultural cooperation

Representatives of Hokimiyat of Ferghana region, Ferghana State University and the management of Kuva Agro Invest and “Ihtisoslashgan Kuva Anori” Cluster conducted online negotiations with the leader of the Azerbaijani company Tovuz-Baltika. The organizer of this meeting was the Embassy of our country in Azerbaijan.

The parties discussed the implementation of investment projects in the Ferghana region in agriculture, including the processing of fruits and vegetables and training in the agricultural sector. 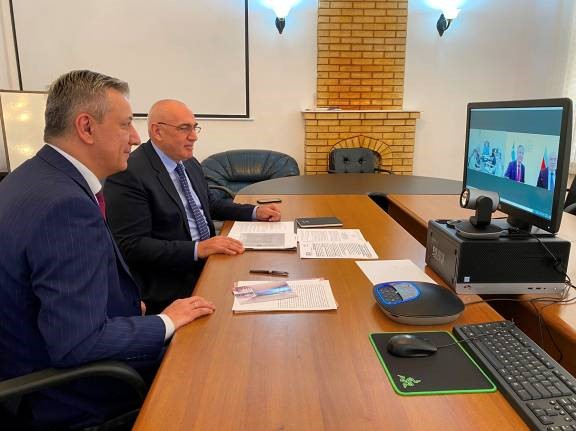 During the meeting, the general director of the Azerbaijani company, H. Mammadgasanov, expressed interest in implementing a project to grow pomegranates in the Kuva district of the Ferghana region, it is known for the best natural conditions for the cultivation of this species. He emphasized that in addition to financial profit, such a project will contribute to increasing the export potential of the region and creating new jobs for the population.

Considering that pomegranate is very popular not only as a product for consumption, but also as a raw material for the pharmaceutical and cosmetic industries, he noted the prospects of the planned projects. For example, France and Japan are interested in acquiring pomegranate juice. In India and Bangladesh, the leaves of this plant are used in the manufacture of medicines.

In this regard, an Azerbaijani businessman once again emphasized his interest in implementing projects to grow one of the best and most popular varieties of pomegranate “Shahnar” in the world, to establish a cannery for the production of juices and preservatives, as well as training personnel in the field of pomegranate farming.

The Uzbek side expressed full support for the initiatives of the Azerbaijani investor and confirmed their readiness for close cooperation.