Results of investment activity of the Republic of Uzbekistan for 2019 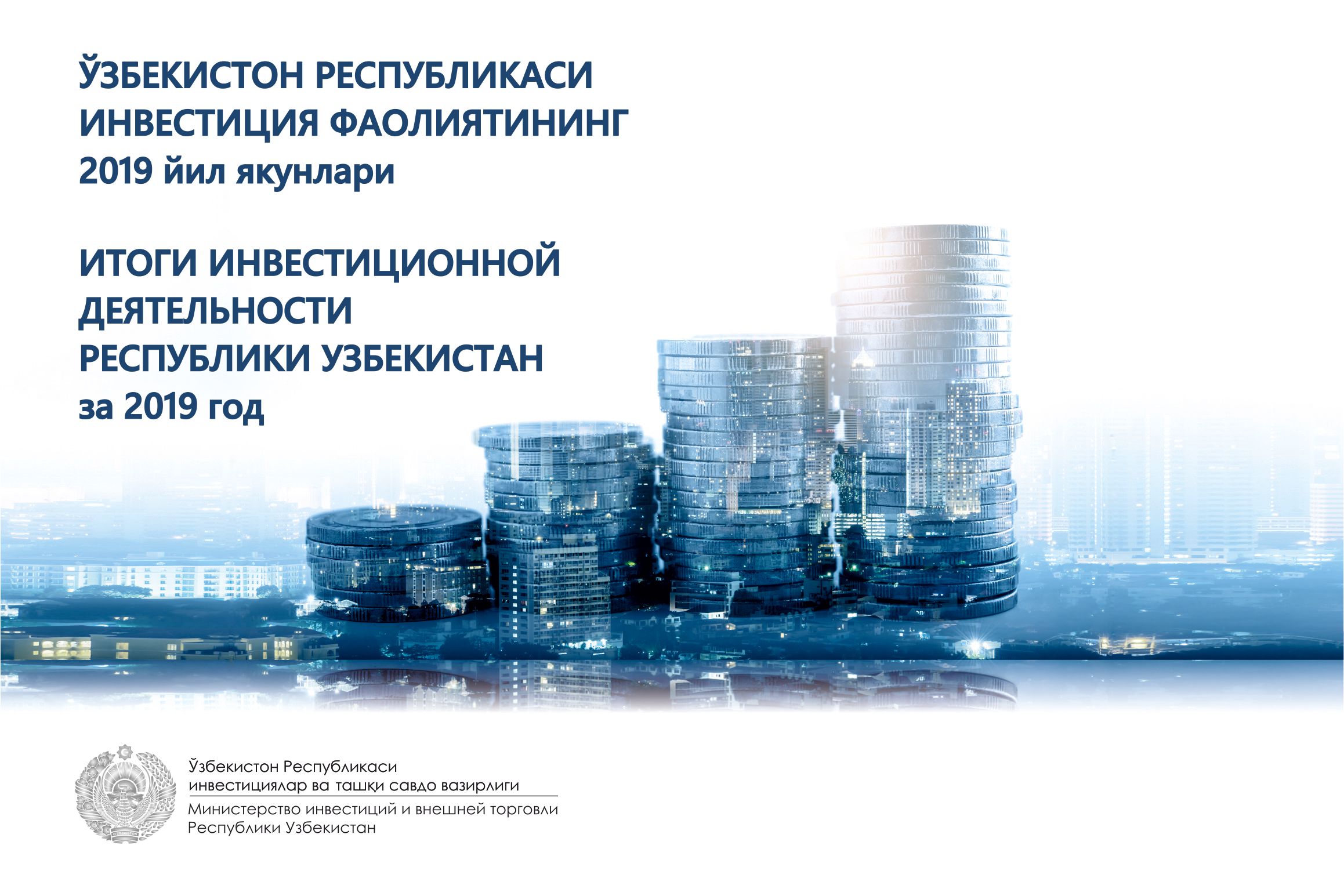 A significant increase in investment performance is due to an increase in the inflow and development of foreign investment and loans in the amount of 13.3 billion dollars, of which:

At the same time, the share of utilized foreign direct investment in the total investment volume increased to 37% (for comparison, in 2018 this indicator amounted to 10.5%).

According to the report of the United Nations Conference on Trade and Development (UNCTAD), the world foreign direct investment volume has been declining for the third year in a row, reaching the lowest level that was observed immediately after the global financial crisis. At the end of 2018, this indicator decreased by 19% (in 2017, 16%).

At the same time, according to the UNCTAD report, positive trends were observed in developing countries, especially in Asia, where the volume of foreign investment grew by 5%. Moreover, while in Central Asian countries the growth in foreign investment amounted to an average of 8-10%, then in Uzbekistan this indicator compared to the indicators of 2018 ($ 2.9 billion, of which $ 1.6 billion in fixed assets .) grew 3.2 times ($ 9.3 billion, of which $ 6.6 billion in fixed assets), which provided the Republic with leadership in terms of growth rate among the countries of the region.

At the same time, the growth trend of foreign direct investment flows into regional projects has strengthened, the total value of which in 2019 amounted to $ 4.8 billion (of which $ 4.2 billion was in fixed assets), an increase of 4 times compared to the same the period of 2018 and 24 times compared with 2017. In the regions, with the participation of foreign capital alone, 167 projects with a total value of $ 858.5 million were put into commercial operation.

In 2020 and subsequent years, work will continue to actively attract foreign direct investment, diversify their areas for implementing projects in priority areas such as electricity, the chemical industry, the production of electrical products, IT technologies, light industry, agriculture and the production of building materials. The emphasis will remain on increasing the number of plants for the deep processing of raw materials with the creation of chains of high added value.

According to the Investment Program, approved by the Decree of the President of the Republic of Uzbekistan dated January 9, 2020 No. PP-4563 in 2020, from all sources of financing, the development of investments in fixed assets is projected in the amount of 233.2 trillion. soums, of which direct foreign – 7.1 billion dollars, foreign investment and loans under the state guarantee – 2.7 billion dollars