Address of the President to the Oliy Majlis: “An important direction of structural reforms is reducing the state’s presence in the economy

ГлавнаяMedia centerNews and eventsAddress of the President to the Oliy Majlis: “An important direction of structural reforms is reducing the state’s presence in the economy

The President of the Republic of Uzbekistan Shavkat Mirziyoyev, during his message to the Oliy Majlis, said that next year the task was set to master investments in the amount of 23 billion dollars. As a result, 226 large industrial and infrastructure facilities will be commissioned in 2021.

It is planned to launch two large hydrometallurgical plants at the Navoi Mining and Metallurgical Combine, a plant for processing industrial waste at the Almalyk Mining and Metallurgical Combine. Hundreds of enterprises will be built to produce textile, construction, leather and footwear, food and pharmaceutical products. New power plants with a total capacity of 760 megawatts will be put into operation in the Tashkent, Navoi, Samarkand and Surkhandarya regions. An industrial complex worth $ 3.6 billion and a capacity of 1.5 million tons of kerosene, diesel fuel and liquefied gas per year will start operating in Kashkadarya region in the new year. 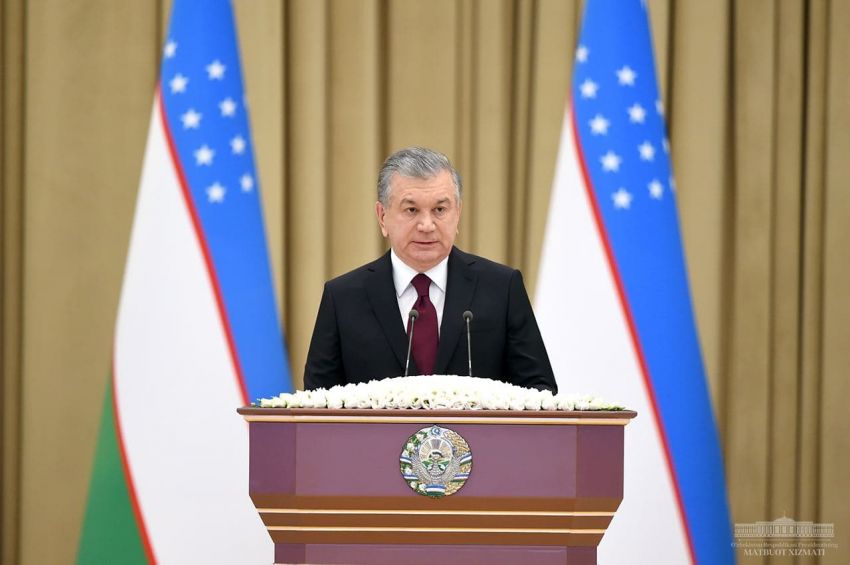 The head of the republic emphasized that economic growth will be ensured primarily through the creation of competitive production chains and increased investment for these purposes. “According to research by Harvard University, our country has all the opportunities and relative advantages in the production of more than 50 industrial goods,” the President noted during his speech.

In particular, there are all conditions for the petrochemical, metallurgical, engineering, electrical, pharmaceutical, construction, textile, leather and footwear, food industries, as well as areas related to the “green economy”, become the “drivers” of the national economy. Measures will be taken to support private sector initiatives and new projects, and develop cooperation in these sectors.

Industrial clusters for the production of decorative stone in Gazgan, ready-made clothes in Namangan, a technopark in the Yashnabad district of Tashkent city and others demonstrate their effectiveness and advantages of this system. In this regard, the government is instructed to draw up a list of promising clusters and develop a special program for their accelerated development by April 1 of next year. In the future, it is planned to build up the potential to increase the production of industrial products “in the mode of processing in the customs territory”.

External borrowing under the state guarantee will be reduced, and more private capital will be attracted to investment and infrastructure projects. For example, next year, on the basis of public-private partnership, it is planned to implement more than 40 large and medium-sized projects. In order to support entrepreneurs and create favorable conditions for the development of entrepreneurship and small business, 105 types of licenses and permits will be canceled, and procedures for obtaining 115 types of such documents will be simplified.

Shavkat Mirziyoyev noted that within the framework of structural reforms in the economy, it is necessary to accelerate the transformation of state-owned companies. Shavkat Mirziyoyev iқtisodietda tarkibiy ўzgarishlarni amalga oshirishda davlat kompanii transformation қilishni zhadallashtirish zarurligini takidladi. This year, the implementation of the reform program for all state-owned enterprises has begun. And in continuation of the plans, next year the Navoi Mining and Metallurgical Combine, Uzbekneftegaz, Uzbekgidroenergo, Uzavtosanoat will have the opportunity to enter the international financial market and raise funds without state guarantees.

It should be admitted that state-owned enterprises do not have enough technical capabilities, and their specialists lack the knowledge and skills to independently carry out the transformation. Therefore, the World Bank, the European Bank for Reconstruction and Development, the Asian Development Bank, McKinsey & Company, Boston Consulting Group, Rothschild & Co are involved in the reform of large enterprises in the electric power industry, oil and gas and chemical industries, mechanical engineering, as well as commercial banks. other world famous companies.

In 2021, it is planned to carry out the transformation of 32 large enterprises in industries of strategic importance.

“We have begun extensive work on the privatization of a number of enterprises with the involvement of international financial and legal consultants for the transparent and efficient sale of state assets,” the President said. Next year, state shares in such enterprises as Ferghanaazot and Dekhkanabad Potash Fertilizers Plant, Coca-Cola Ichimligi, Beldersay and Charvak sanatoriums, Ichan Kalya and Hyatt Regency hotels will be put up for auction. the Poytakht business complex, as well as 83 large enterprises of the alcoholic, fat-and-oil industry and other industries. In general, the number of enterprises with state participation in the next two years will decrease by at least 3 times.

Support by regions, cities and makhallas

During his Address to the Oliy Majlis, President Shavkat Mirziyoyev dwelled on the effectiveness of the public administration system, including at the local level. From the beginning of next year, each ministry must plan and organize its work in the context of the region, city, village and mahalla. The performance of ministers and their deputies will be assessed on the basis of what real changes have taken place on the ground.

The Deputy Prime Ministers and Ministers are responsible for training managers and employees of their subordinate systems to work effectively on the basis of new requirements and modern information technologies, as well as for continuous improvement of their qualifications.

In turn, deputies and senators will regularly monitor how problems are solved in their constituencies by the relevant ministries and khokimiyats.

In this regard, the government was instructed to submit a draft resolution on a radical improvement in the activities of middle and lower-level management bodies, revising the number of employees and conditions of remuneration within two months.