On January 12 of this year, a briefing was held at the Ministry of Investment and Foreign Trade of the Republic of Uzbekistan in the format of an open dialogue, dedicated to the analysis of the results of investment and foreign trade activities of the Republic in 2020 and a discussion of priority tasks for 2021.

The event was attended by Deputy Prime Minister – Minister of Investments and Foreign Trade of the Republic of Uzbekistan S. Umurzakov, Deputy Ministers of Investment and Foreign Trade, leadership of the Ministry of Foreign Affairs, commercial banks and other departments, as well as representatives of the media and the public.

The meeting was held in the format of an open conversation, during which the participants had the opportunity to comprehensively discuss a wide range of relevant topics in the context of the results achieved.

So, in particular, it was announced that at the end of the past year, large-scale work has been done in the areas of investment and foreign trade. According to preliminary estimates, by the end of 2020, the volume of foreign direct investment in fixed assets amounted to $ 6.6 billion with a growth rate of 101.5% compared to the same period in 2019. Within the framework of the Investment Program, 197 projects were implemented, due to which 38 thousand jobs were created. In addition, within the framework of regional investment programs, 10,586 projects were implemented for a total of 59.1 trillion soums, which made it possible to create 131.5 thousand new jobs. 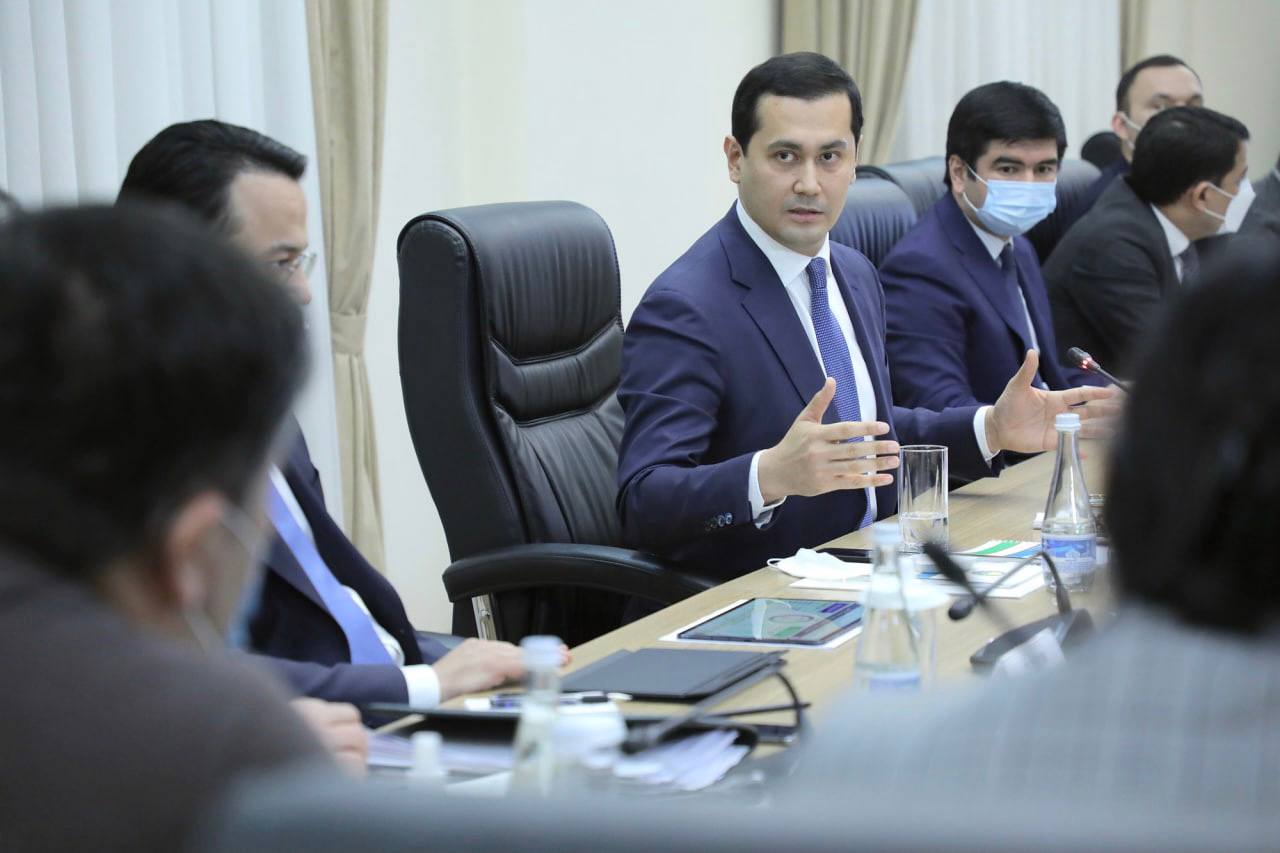 The indicators of foreign trade activity were also considered – including it was announced that at the end of 2020 the volume of exports amounted to 15.1 billion dollars. At the same time, export deliveries of 47 types of new types of products were established and new promising markets were mastered in a number of countries.

It was emphasized that timely measures of state support, taken in order to overcome the negative impact of the pandemic on the economy of the Republic and partner countries, played an important role in achieving these results.

One of these measures was the creation of a Government Commission on Export and Investment Development within key ministries, departments and government agencies, whose tasks were to work closely with entrepreneurs and exporters, analyze the problems they faced in connection with the restrictions caused by the pandemic, and also the development and implementation of operational and effective solutions based on an individual approach to each business entity.

As a result of the field work of the Commission members at the end of last year, the activities of more than 98 thousand enterprises were addressed, 6235 problematic issues of 5902 enterprises were identified, each of which was resolved in close cooperation of the relevant ministries, departments, commercial banks, local authorities and diplomatic missions of the Republic for abroad.

In addition, the tasks of the Commission also included the development of systemic mechanisms aimed at improving the conditions for doing business and providing practical and financial support to initiators of investment projects and exporters.

One of these solutions was the introduction of a pre-export financing mechanism using modern trade finance instruments. Also, a procedure was established for providing guarantees of up to 50 percent of the amount of loans issued to exporters in order to replenish working capital.

Also during the briefing, the leadership of the Ministry shared plans for the coming year, detailing the priority tasks in the near, medium and long term, new principles and mechanisms of work, and disclosing information on the expected indicators of investment and foreign trade activity in 2021.

Thus, according to the forecast, the volume of foreign investment will amount to $ 10.5 billion, of which $ 7.6 billion will be foreign direct investment, and 226 large and industrial projects of high economic importance will be put

into operation, which will create 34 thousand workers places.Within the framework of regional investment programs, it is planned to develop 94.8 trillion soums and introduce 7106 investment projects, as a result of which about 162 thousand new jobs will be created.

In this context, it was announced that this year, a study of the structure of imports of the Republic, the CIS countries, Central and South Asia, Turkey, South Korea and China, as well as a detailed analysis of the investment and industrial potential of industries and regions will be carried out. Comparison of these indicators will allow a new approach to the development of investment proposals and ensure a high economic effect from the implementation of these projects.

During the briefing, a question and answer session was held, during which the participants were able to obtain comprehensive information on issues of interest. Special attention of the media representatives was also attracted by the work carried out by the Ministry in cooperation with other departments, state bodies and commercial banks to stimulate the socio-economic growth of regions, including methods of identifying “points of economic growth”, a system of interaction with local authorities at the level of districts and cities , as well as the format of cooperation in this direction with the chairmen of makhallas.