On January 6, a meeting with representatives of the American company GMFR Global group Co.LTD was organized at the Foreign Investment Promotion Agency.
Opening the meeting, the AIIP specialists thanked the guests for their confidence in the rapidly developing market of Uzbekistan, in particular, as part of the planned joint projects for the construction of a hotel and the cluster production of ready-made food products in the Samarkand region. 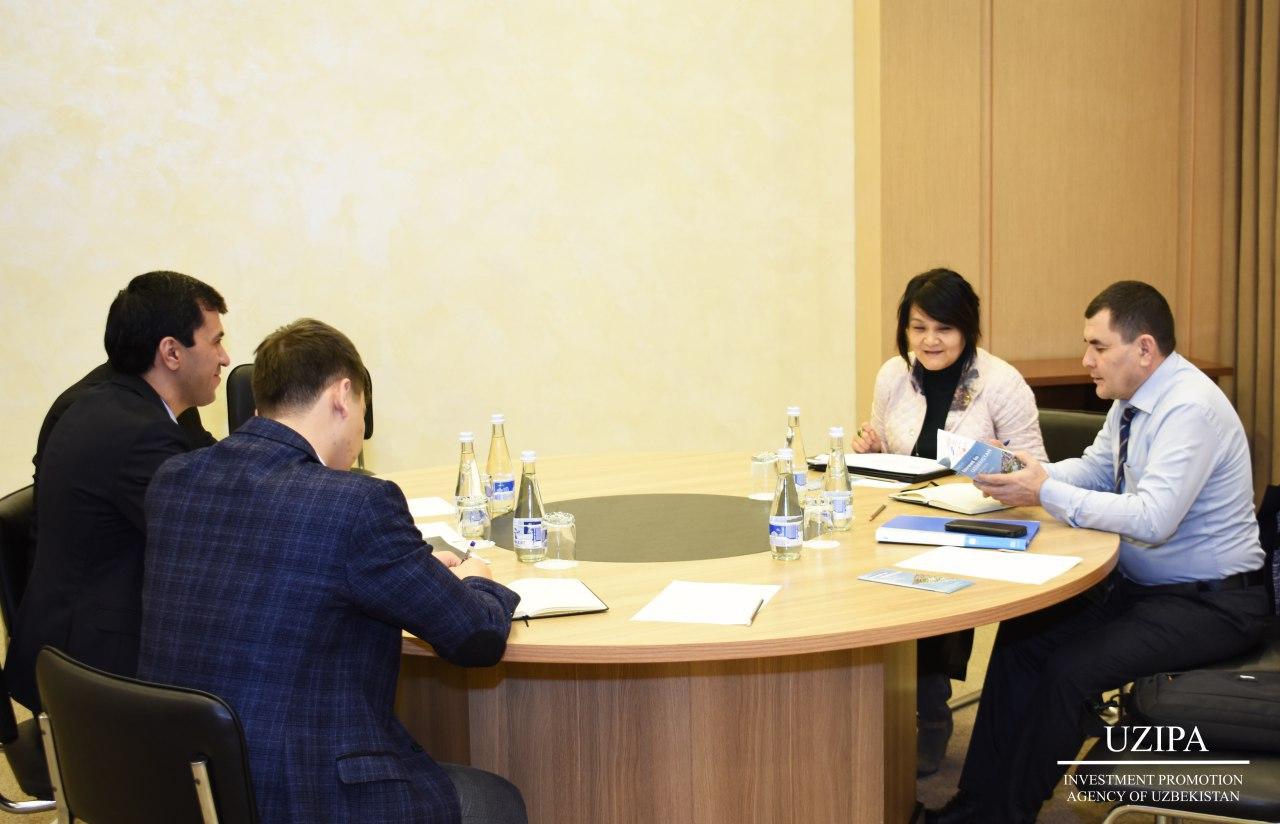 In September 2019, a tripartite agreement was signed between the Samarkand regional city hall, the American company GMFR Global group Co.LTD and the Chinese holding Beijing Huiyuan Holding Co.LTD in September 2019 as part of a strategic investment partnership project for the development of agriculture in Uzbekistan. The new plant will produce 20 million tons of packaged water, juices and dairy products annually that will be fully exported.

Representatives of the company noted that in the near future equipment for the production of natural juice will be imported to the territory of Uzbekistan. Its cost is estimated at about 100 million US dollars.

In order to develop long-term and effective cooperation, GMFR Global group Co.LTD in January this year will organize a visit of 10 major entrepreneurs from the People’s Republic of China, in connection with which, representatives of the IPA were requested information about promising investment projects.

SEO manager Angela Mo emphasized that the GMFR Global group is interested in developing joint projects in the Jizzakh region, in particular in such sectors as agriculture, construction materials (foam blocks) and the construction of social facilities.

The prospective areas of cooperation for the coming years are such industries,such as engineering, construction of hotel complexes and new roads and electronic commerce.

The market of Uzbekistan, having a number of geographical advantages in the field of international transport spots, uniting countries of foreign Europe, the CIS, South-West Asia, India and China, has ample opportunities in the development of electronic commerce, in terms of cooperation with successful global trading platforms like Alibaba, Tmall , JD, Aliexpress and Taobao and others.

A foreign party requested information on measures aimed at the development of the digital economy and e-commerce, the benefits and preferences provided to participants in the information technology market.

At the end of the meeting, APII experts noted that all issues of interest will be taken under control and detailed information will be prepared in the near future to establish fruitful cooperation with GMFR Global group Co.LTD.